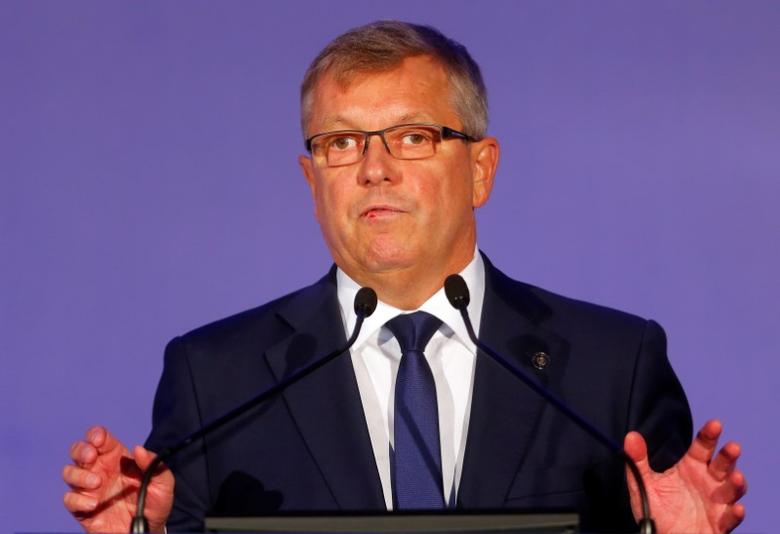 Gyorgy Matolcsy, a close ally of authoritarian Prime Minister Viktor Orban, who has been involved in a series of diplomatic spats with Washington, told a Parliament committee hearing on Wednesday that a major NATO member had tried to topple the government and central bank in 2014-2015.

He did not name the country, and the central bank declined to comment when asked repeatedly by Reuters. The Hungarian government also had no immediate comment.

“Hungary and the United States are partners, and allies in NATO,” he said. “The United States did not attempt to overthrow the Hungarian government in 2014 or at any other time, and we do not find it plausible that any NATO member would attempt to do so.”

Matolcsy – whose bank also serves as the financial market regulator – said the early 2015 collapse of brokerage Quaestor had been part of the plot he described.

Quaestor collapsed after it was found to have issued bonds at least 150 billion forints ($500 million) in excess of its regulator-approved issuance program. Two other brokerages faced regulatory action and the scandal weighed on the forint.

“It fits into the activity conducted from the Budapest embassy of a large NATO ally country, that aimed to topple the government and the central bank and started in the autumn of 2014,” Matolcsy told parliament.

Matolcsy has been head of the National Bank of Hungary since 2013. Orban became prime minister in 2010.

Orban’s diplomatic clashes with the United States since he came to power in 2010 have included a travel ban on six Hungarian officials in 2014 over corruption allegations. The move was seen as another warning to Budapest to reverse policies Washington regarded as threatening democratic values.

We DON’T let them laughing at the end

To the attention of the IOC members